It’s pretty mind-blowing that fashion design—an art form that revolves around humans—is still mostly dreamed up in static, flat illustrations and physical swatches. And although scientific developments in the design process for automobiles and buildings for instance have made leaps and bounds, until recently little headway had been made in applying digitalization techniques to textiles. The time has finally come to apply science to the unique challenges of creating 3d cloth from fashion textiles and accurately simulating it. Applying scientific first principles has led to exciting breakthroughs and the new technology behind SEDDI Textura—technology that allows us to create 3D cloth textures using simple images.

In this article, we’ll peel back the curtain behind the technology that powers SEDDI Textura, a textile digitalization software, including:

How Data Turns into an Accurate 3D Cloth Model

Gabriel Cirio, (SEDDI Technology Manager, computer scientist, PhD, and mechanical capture expert) shed some light on how exactly SEDDI Textura works. Regardless of the user’s role in the supply chain, it’s helpful to understand how SEDDI’s technology interprets data captured on a flatbed scanner and transforms it into an accurate digital model of a garment, in the cloud, in minutes.

SEDDI Textura brings together multiple sets of data. First, it gathers information from the user, including an image of the fabric, the weight of the fabric, fiber composition, structure, and thickness. Read the research SEDDI scientists have done on yarn-level simulation models to digitally produce fabrics here. The next part is where it gets really magical. 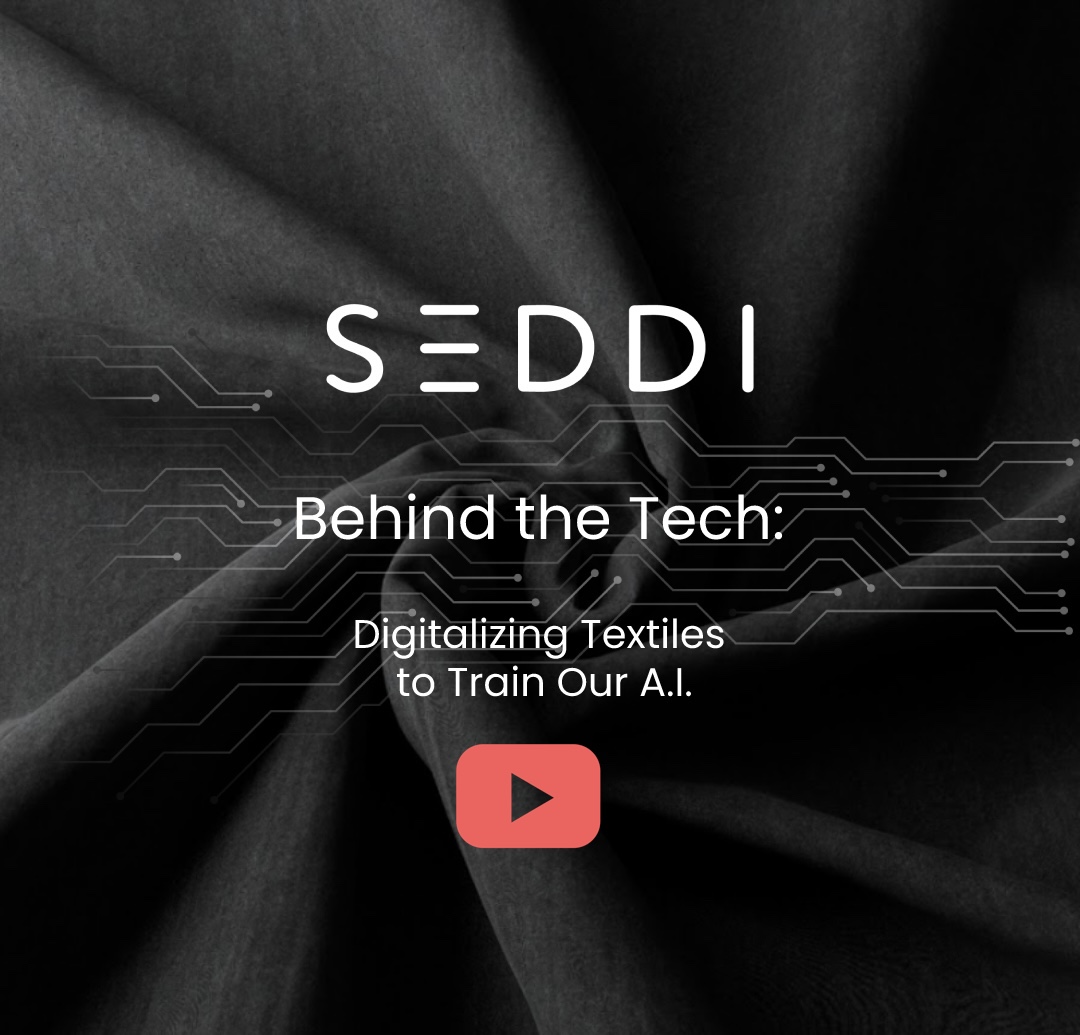 The Role of Artificial Intelligence in 3D Cloth Simulation

Gabriel and his research team have evaluated the mechanical properties of a set of thousands of fabrics to see how they drape—how they stretch and bend along the warp, weft and bias.

Using state-of-the-art machinery developed by SEDDI, fabrics are stretched and bent to gather data to inform the neural networks, or artificial intelligence (AI).

Next, SEDDI’s Physically Based Rendering and Appearance Capture scientists focus on the visual aspects of a fabric. They’ve analyzed the same extensive set of fabrics to build a vast set of data using gonioreflectometers purpose-built by SEDDI for the appearance capture of textiles.

SEDDI’s team has invested over 5 years of research to develop the sophisticated machinery and algorithms that inform SEDDI Textura’s AI. SEDDI scientists have filed patents and published research papers at the most prestigious global computer graphics conferences, and have received millions of dollars in research grants from respected scientific institutions. 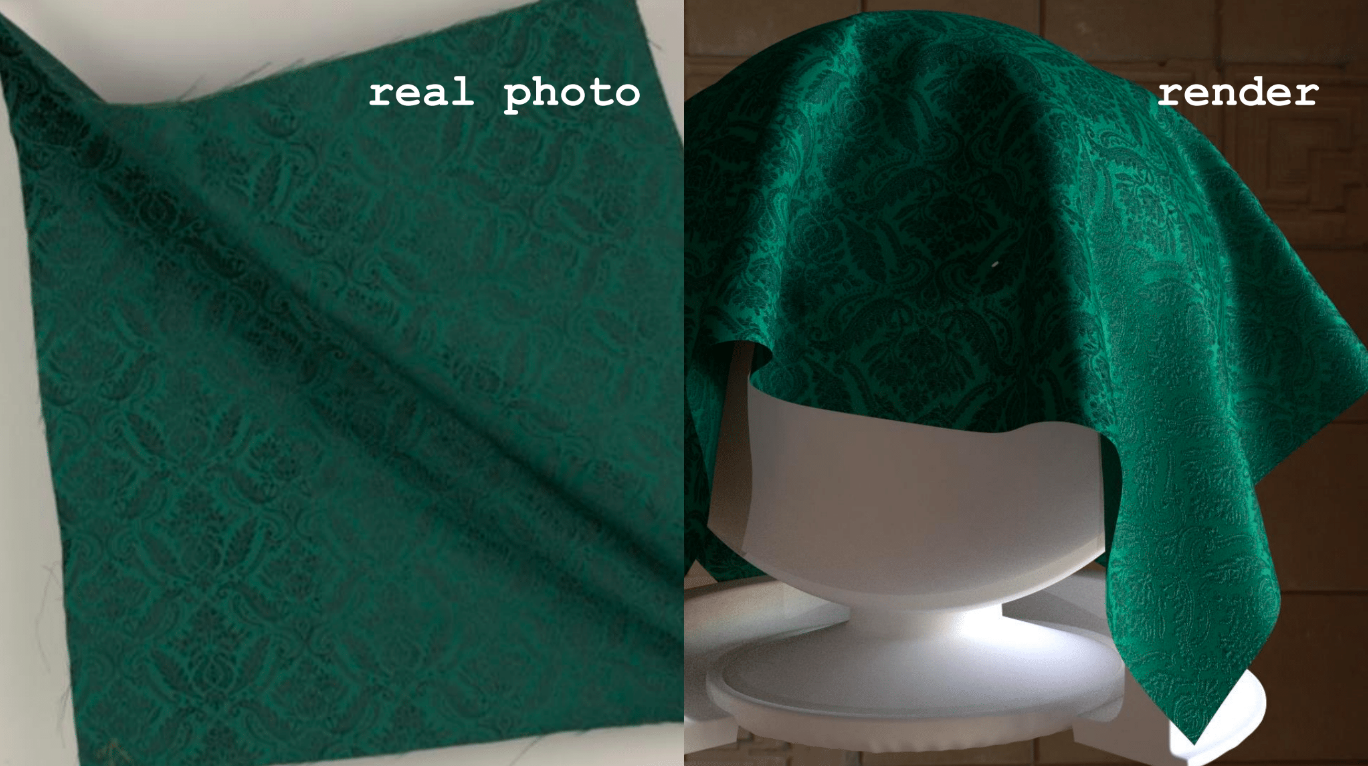 Scanning a fabric swatch gathers information, but clearly that’s not the beginning and end of SEDDI Textura’s remarkable technology.

Other technology out there evaluates fabrics manually with expensive machinery and physical samples, which take days or weeks to travel around the globe. There are often fewer data points as well. SEDDI Textura on the other hand, has a very slim margin of error that cannot be perceived by the human eye. The solution doesn’t rely on physical samples and is cloud-based, saving time and increasing accessibility. It doesn’t demand expensive equipment, saving on costs.

When it comes down to it, speed, accuracy, and price are what allow companies to scale, and set the leaders in fashion apart from the rest. That’s why digital innovation is key to bringing fashion technology up to speed, and why SEDDI has brought Textura to market.

Artificial Intelligence in Fashion: Digital Textiles are the Foundation of Fashion’s Future Gallery

Artificial Intelligence in Fashion: Digital Textiles are the Foundation of Fashion’s Future 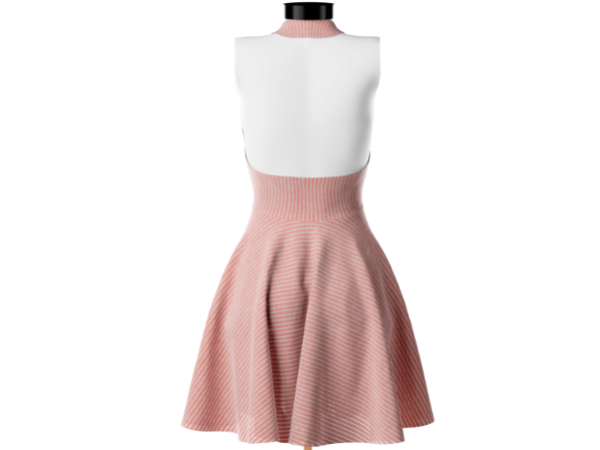 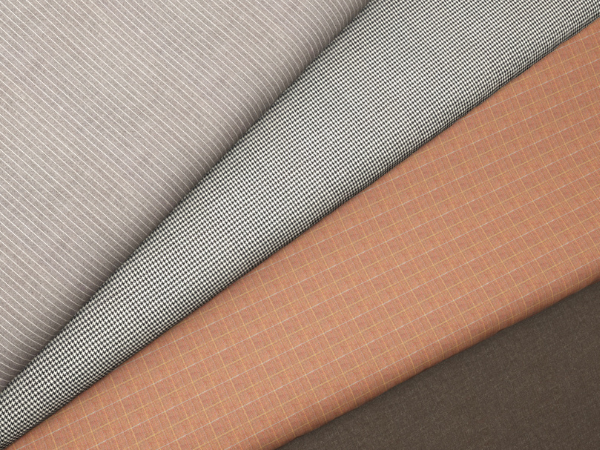 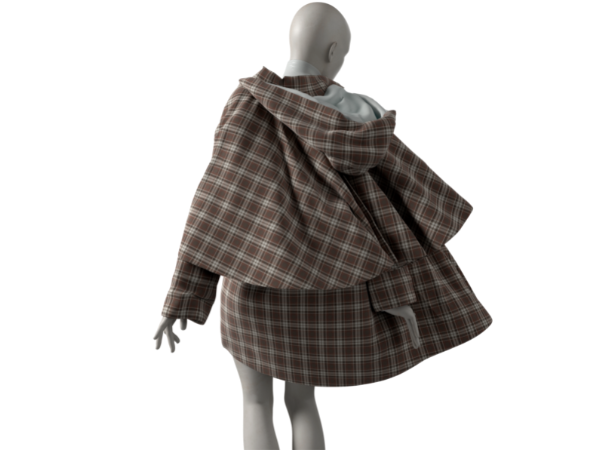 How to Scan Fabrics for Digitalization [Tips and Best Practices] Gallery

How to Scan Fabrics for Digitalization [Tips and Best Practices]

15 August 2022 | 1 Comment
Page load link
We use cookies on our website to give you the most relevant user experience by remembering your preferences and repeat visits. By clicking “Accept All”, you consent to the use of ALL the cookies. However, you may visit "Settings" to provide a controlled consent.
SettingsAccept All
Cookie Policy
Manage consent

This website uses cookies to improve your experience while you navigate through the website. Out of these, the cookies that are categorized as necessary are stored on your browser as they are essential for the working of basic functionalities of the website. We also use third-party cookies that help us analyze and understand how you use this website. These cookies will be stored in your browser only with your consent. You also have the option to opt-out of these cookies. But opting out of some of these cookies may affect your browsing experience.
Necessary Always Enabled
Necessary cookies are absolutely essential for the website to function properly. These cookies ensure basic functionalities and security features of the website, anonymously.
Performance
Performance cookies are used to understand and analyze the key performance indexes of the website which helps in delivering a better user experience for the visitors.
Analytics
Analytical cookies are used to understand how visitors interact with the website. These cookies help provide information on metrics the number of visitors, bounce rate, traffic source, etc.
Third Party
Third-party cookies. A third-party cookie is placed on a website by someone other than the owner (a third party) and collects user data for the third party. As with standard cookies, third-party cookies are placed so that a site can remember something about the user at a later time. Third-party cookies, however, are often set by advertising networks that a site may subscribe to in the hopes of driving up sales or page hits.
SAVE & ACCEPT
Go to Top